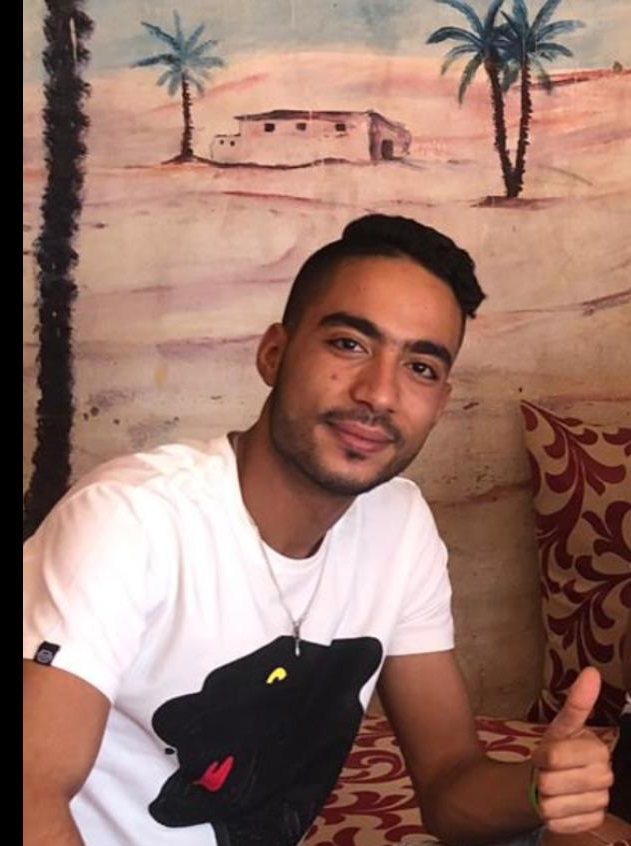 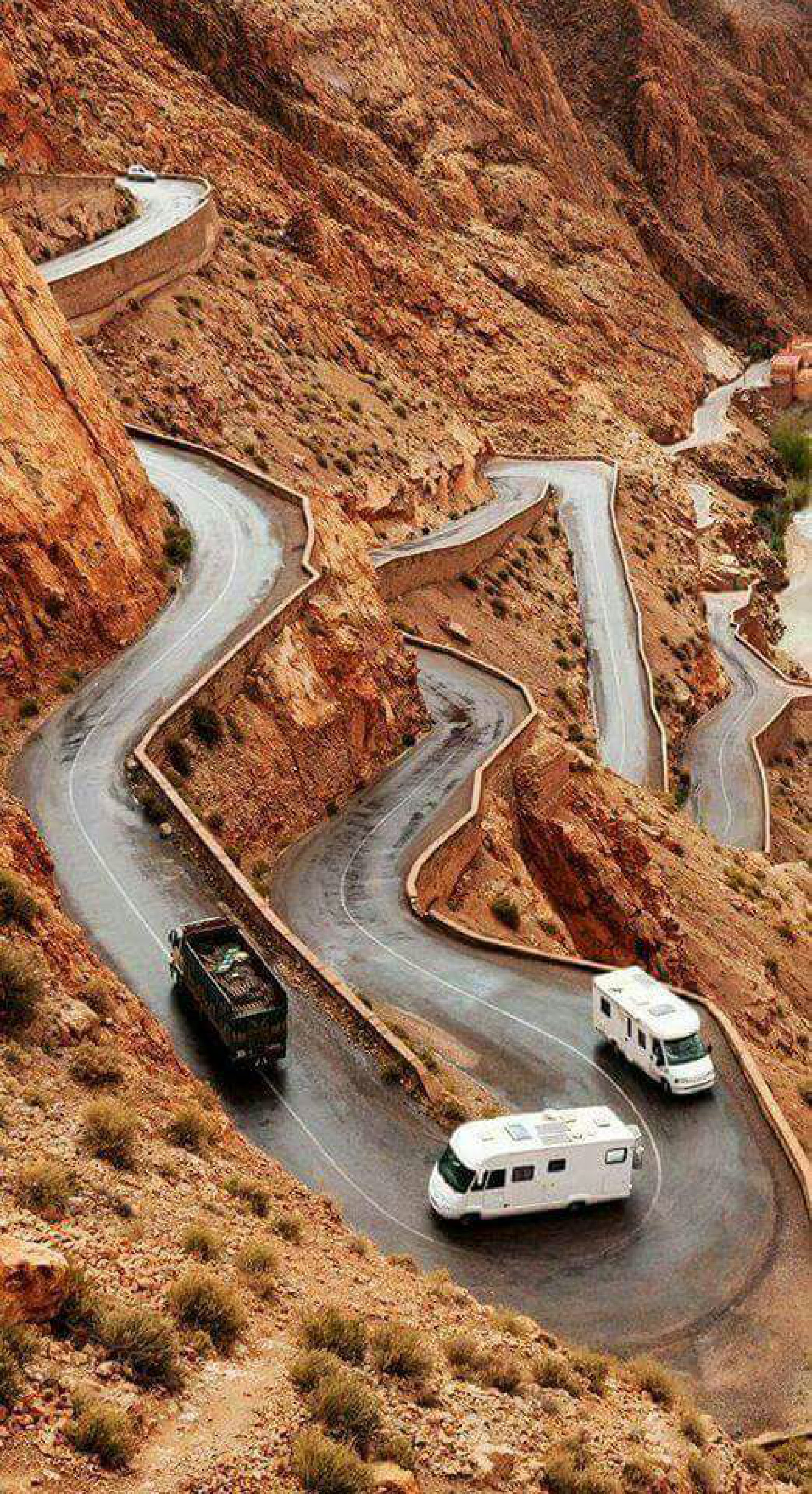 16 days : One of the best booked desert tours from Casablanca

The start of your best of desert tours from casablanca ; Upon arrival in Casablanca international airport , you will be welcomed by your private driver/guide and taken to your hotel stay. 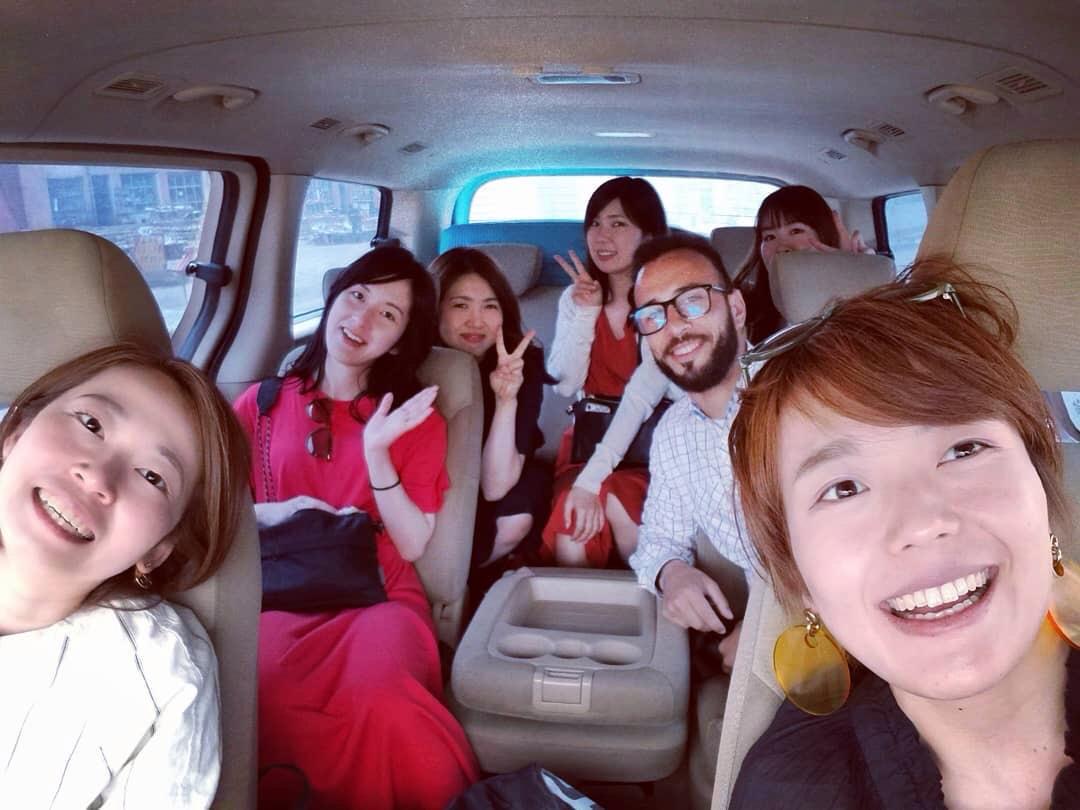 After your fresh breakfast we will have a tour to explore the largest city in Morocco , it is the heart of commerce and industry which reflects morocco’s economy. you will visit Hassan II mosque built on water alongside the Atlantic Ocean ,it is a religious and cultural complex, built over nine hectares and includes a prayer room, an ablutions room, baths, a Koranic school , and a library.then we will head to Rabat which is the capital of Morocco where you will visit the Royal Palace, The Mausoleum of Mohamed V and the Hassan Tower, the minaret of incomplete mosque initiated by The Almohad ruler.lunch somewhere here . After lunch you will head to Chefchaouen via the Rif Mountains which is an open plateau transversed by numerous ravines and valleys then you will be astonished by simply beautiful city of Chefchaouan where everything is set dramatically , gradually climbing up the mountains. Turn on your cameras! Its blue-Jewel of Morocco .Overnight in an authentic traditional riad including bed and breakfast.

Day 3 : Exploring the fascination of chechaouan :

After your breakfast , you will start exploring chefchaouan which is a small city in the Rif mountains of Northern Morocco known for its climate and blue houses. Chefchaouan is a fascinating unique city which was founded in 1471 by Moorish and Jewish refugees fleeing the Reconquista of Spain, led by King Ferdinand and Queen Isabela the Catholic.The town has an Andalusian character like the larger city of Tetouan near the coast. The houses are typically white washed in the tradition of those found all over Andalusia in southern Spain, with related architectural styles. This makes for a wonderful pedestrian Medina with beautiful homes tightly clustered along narrow winding lanes..

After breakfast, we will depart to Volubilis and explore the ruins of this Roman city. You will visit the holy city of Moulay Idriss, a place of pilgrimage of all Moroccans After you will continue to Meknes where you will explore the Medina of Meknes with its beautiful Tomb of Moulay Ismail, The Granary, The Square of Lehdim, and the Gate of Bab al Mansour. You will have the opportunity to explore the souks and relax in one of the Square café’s. Later we will continue onto Fez. Accommodation at a traditional Riad including bed and breakfast. 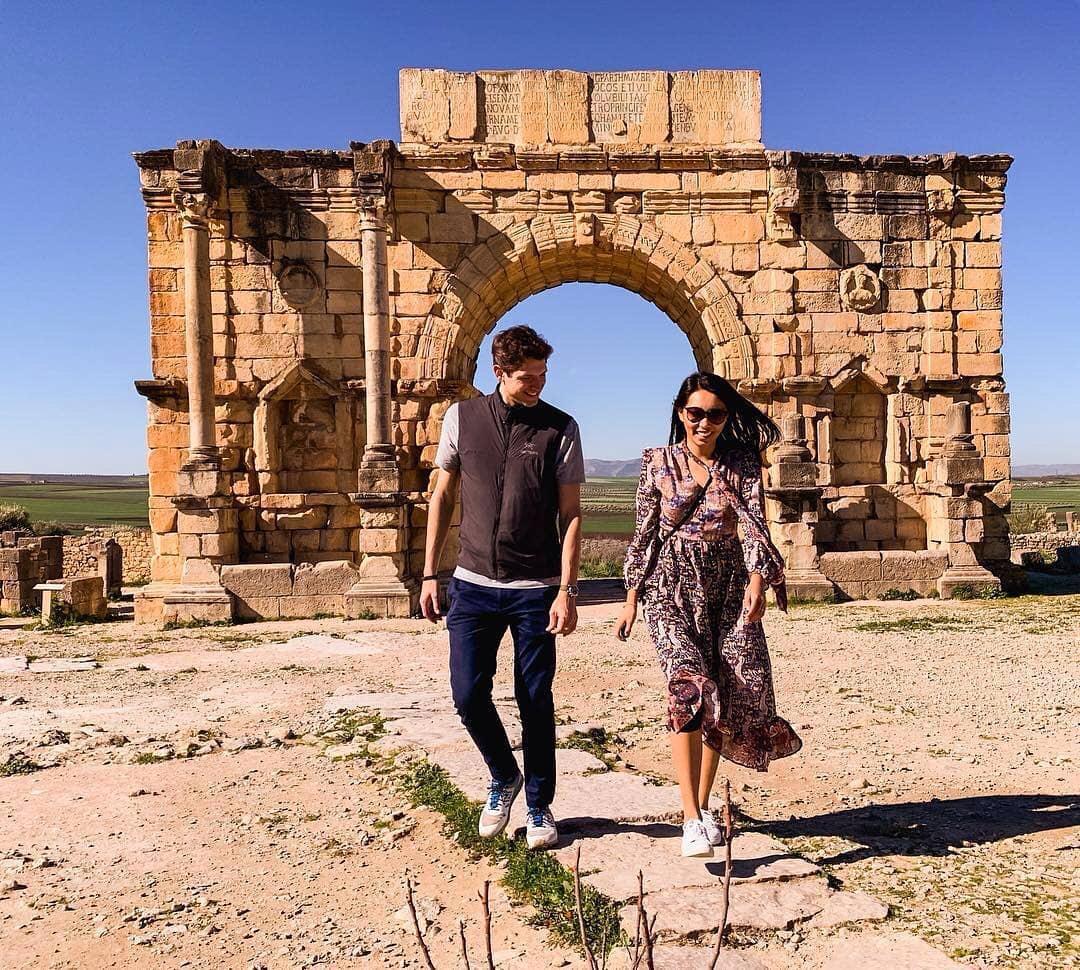 After your breakfast , You will have your local guide who will unlock the hidden gems of Fez and make you go deeper and deeper in Fez old medina , you will discover the the medina and the famous Souks of Fes – its narrow cobbled streets are filled with ancient mosques and towering green-glazed minarets… You will visit the most beautiful palaces and monuments of Fes. The tour will include a visit to the tannery and the ceramics cooperative to see the traditional Moroccan crafts. Overnight in Riad including bed and breakfast.

After breakfast ,we will leave Fes toward Sahara desert passing by Irfan that is known as the Switzerland of Morocco, then Azrou which is known with its green tiled roofs and beautiful cedar forests that are the capital of monkeys. Next we’ll head Midelt where you can enjoy your lunch. Continuing the road through the Middle Atlas Mountains and observe the nomads that live there. Also you will be stunned with the views of volcanic rock and near by Errachidia, you will notice the high cliffs and Ziz Valley that is surrounded with palm trees. After that we will head to the final station of the day ” Sahara desert ” . Accommodation at a kasbah that is seated on the edge of the golden dunes including dinner , bed and breakfast . 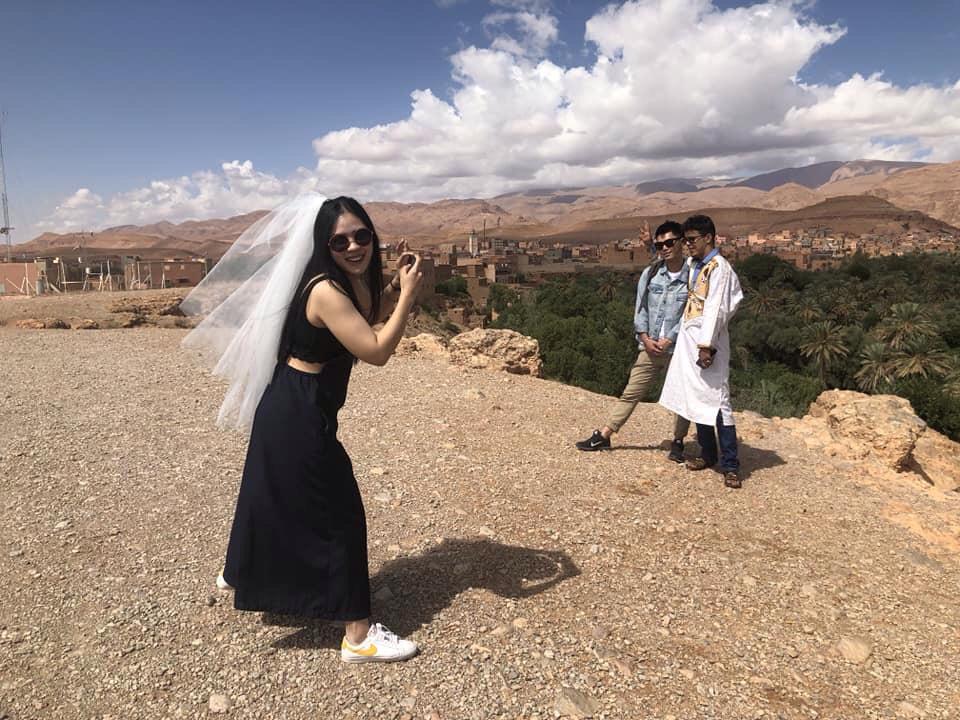 one of the highlight parts of your best of desert tours from casablanca A promise of beautiful photographic scenery and a truly rare experience while you watch the sunset over the horizon. In the morning after breakfast, we will take you in an excursion through the high dunes near the Algerian border where you can get the golden chance to take unforgettable pictures and see the black volcanic rock, and meet a nomad families , see their nomadic lifestyle and their way to endure the torment of Sahara desert and you will be stunned by the astonishing patience and good humour of them .Next you will pass close to tiny Berber villages like Tamrdanite before you reach Khamlia which is a village of the dark-skinned people where you can enjoy the original music and folk songs of the Gnawas. In our way back to the hotel you will be enchanted with the view of the lake of Ait Sareji which attracts pink flamingos and many others birds especially during the springtime….. In the afternoon , you will have your camels that will drive you through huge golden sand dunes , deep into the heart of the desert where you can catch the fabulous view of the sun setting over the desert dunes which is going to be some of the memories that will cherish from the desert drive . later you will spend your night in a nomad tent , enjoying the Berber ambiance , drumming around camp fire and sleeping under a blanket of tens of thousands stars. – Berber camp including dinner and breakfast .

The camel man will wake you up in dawn to see the spectacular sunrise like a catapulted ball thrown into the air , later you will return to the camp to have your breakfast. after the camel man take you back to the Auberge to have shower to refresh your body .we drive to Rissani through the Ksours and kasbahs of Tafilalet . Visiting the mausoleum of Molay Ali El-Charif, He is considered to have been the founder of the Alouite dynasty ,. After that we drive to Dades via Todra gorge valley, Berber village. overnight dades gorge. Including dinner and breakfast.

A fter breakfast, you will begin your journey through the valley of Dades , with exploring the marvelous sights of the valley. After that we drive you over the wonderful Pist “Mil Kasbah” which is accessible only on 4×4 passing by the amazing Berber villages such as “Boutaghrar”. Besides that you will have the opportunity to meet some Berber nomads whom are living in the caves. Then continue to El Kelaa M’gouna (the valley of roses) where you will have a break for lunch,after heading to Ouarzazat by crossing the beautiful oasis of the palm grove in Skoura, where you can see many exotic Kasbah such as Amerhidil Kasbah till reaching Ouarzazat. 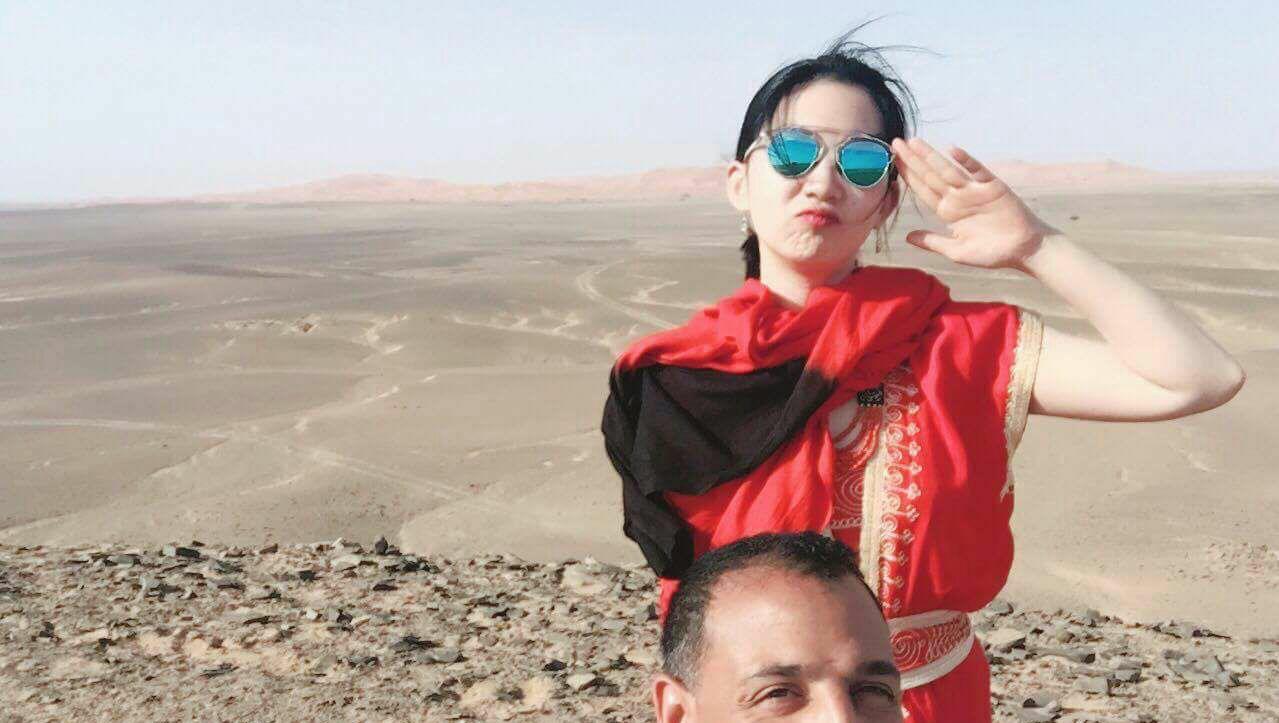 After breakfast, we will go to Taroudant via Taznakht, stopping to visit Taliouine cooperative of Safran. If your visit coincides with the harvest of Safran, you will have the opportunity to meet Berber women and their families in their fields with Safran harvest.We will arrive in the afternoon to Taroudant, where you will see the walls and walk in the narrow streets of the Medina. Taroudant is often referred to as “Little Marrakech” because most of its walls were built by the Saadi dynasty in the sixteenth century, before they moved to the big “red city”.

After breakfast we will go to Essaouira, via Agadir route, where we stop for lunch. Agadir has a beautiful large beach and has been a great tourist destination for many years. We will take a short walk a long the promenade before continuing to Essaouira, the coastal route offers beautiful scenery, an area famous for the argan. Along the way you will see herds of goats climbing argan trees in search of more mature food. 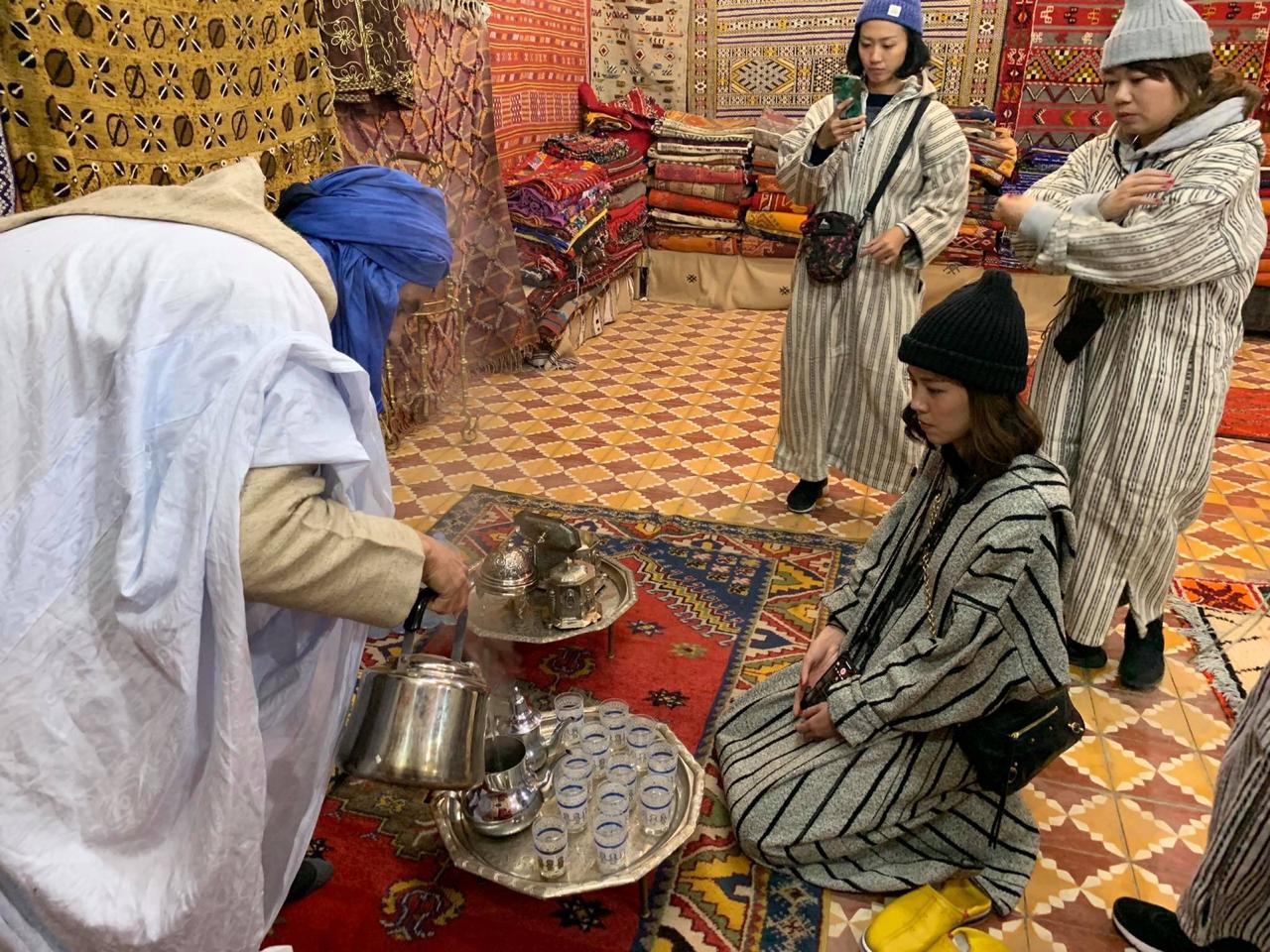 After yur Breakfast in your Riad in Essaouira, then start your explorative journey of the city. You’ll visit the Skala Fortress, see andwalk through the alleys of the medina and view hundreds of handicrafts.Today we will take to have your lunch in a Moroccan way, freshly fishes ‘cooked ’. Essaouira is also referred to as The “City of the Wind” and it attracts surfers from all over the world. Essaouira knew many civilizations including the Portuguese occupation, which affects much of its architecture however, it remains a small village with much history. Because of its size and its characteristic blue doors and washed walls, it is also regarded as Morocco’s “Jewel of the Atlantic ”.

In the morning after your breakfast in your Riad, we drive you out of Essaouira about 20 Km toward one of the beautiful and clean beaches in Morocco called “Sidi Kaouki” to enjoy a half day swimming and relaxing and Having a delicious lunch there. Later on we drive you from Essaouira back toward Marrakech. Overnight in a riad including bed and breakfast

On this day, after breakfast you will have full day tour to discover Marrakech. By Immersing yourself in the red city and During your tour you will have Lunch in the Medina , you will visit the most beautiful palaces and monuments of Marrakech such as the 19th century Bahia Palace ,the 16th century Saadian Tombs, the Koutoubia Mosque ,the Majorelle Garden . You will also visit the famous Souks where the merchants sell everything from leather, carpets, cloths, spices, kaftans 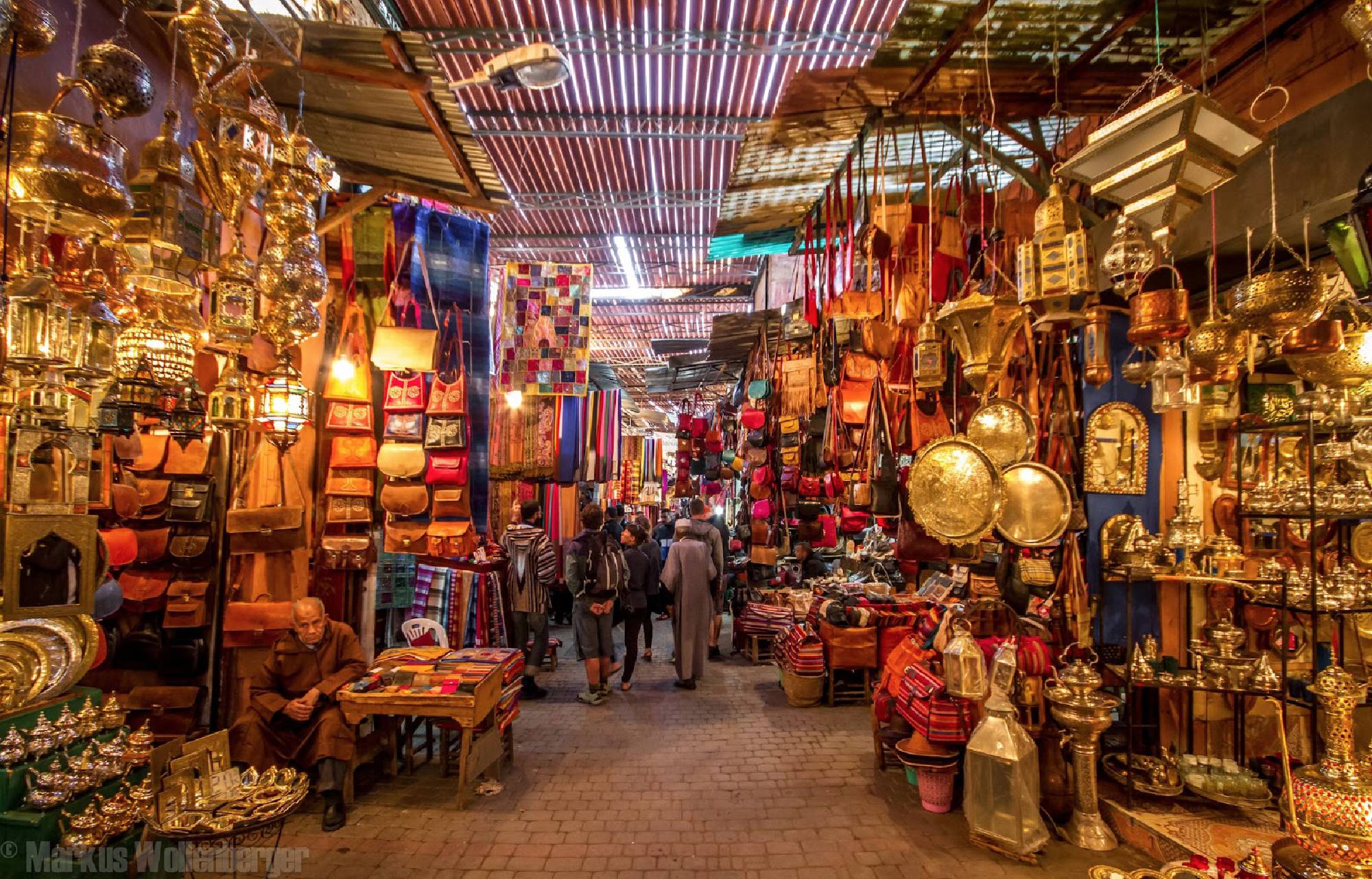 After breakfast in your riad around 10:00 in the morning , you will start your cooking school where you will join your cooking class to discover the taste and secret of Moroccan cuisine and spices. You will have a choice to choose your menu that you will cook and learn how to create Moroccan salads, Couscous, Tagines,…or Pastia… in your riad.

16th day : After breakfast , We transfer you to the airport, at your flight time.

This tour not include: